“There is an app for that!”

It was only a few years prior that Apple had launched the App Store and now there is an app for everything. Since then the mode of utilizing our mobile phones has been revamped.

Today, there are around 2 million apps in Google Play Store and Apple’s App Store. As indicated by an economic specialist, App Annie reports that by 2020, the app economy can develop to end up noticeably twofold in size to $101 billion.

Now, it would be wrong to say that the event industry is immune to this massive growth. There has been a noteworthy growth in the expectations of event professionals and that is rapidly reshaping the event market.

So, let’s have a look at the 6 big trends that can shape the future of event apps in the event industry.

Social walls or as we know it as activity feed are one of the most sought-after features in event app among event goers. Whether it is by means of integration within the app, on-screen feed or via live display application.

The perks of having a private social networking platform are the proactive engagement beyond polls, discussions and Q&A. Social media indeed helps in retaining the attendees within the app.

According to a research conducted by Event Manager Blog, the attendee interaction is profoundly associated with how we evaluate and engage with events. Despite networking being one of the original features why apps were conceived, just half of the apps surveyed offer networking capabilities.

Now, this is quite surprising where we have external apps like Tinder to offer matchmaking. Event App providers do not seem to embrace something that the audience of event professionals demands quite vigorously.

Artificial Intelligence is not something we are not aware of. It has been around the block a while in many forms and applications, for example, Gamification. Gamification is quite a trend because who wouldn’t like to play games?

Secondly, who wouldn’t want a proactive audience engagement? Presentations, discussions and polls may get boring and exhausting some of the time but video games could never!

Chatbots are the most visual application of artificial intelligence. They are computer powered chat interfaces where the user seems to interact with a person.

And thus chatbots are quickly appropriate for events because they help in getting the relevant information immediately. A great example of an event app with a chatbot integration would be the mobile app for the event: Vibrant Gujarat Global Investors’ Summit 2017.

I am sure you must have heard of Oculus Rift, HTC Vive or Google Glass. With virtual reality going big in the realm of event technology, it is important to understand this and implement in your events. But do not confuse virtual reality with 360-degree photos and videos.

The overwhelming success of Pokemon Go shows that VR is here to stay for a while. With more than 9 million app downloads, it is to comprehend that general public is willing to commit to VR Technology and event industry should make the most out of it.

Let us assume that you got 100% adoption for your event app but that’s it? It is not the end. Because getting people download the app is just the 50% of work while retaining them is other 50%. But how do you ensure that happens!

Well, having a dependable support, possibly even onsite support at times is necessary to implement successful event app programs.

Those companies who will be able to guide event professionals and troubleshoot when things go wrong (because often they will) are to be favored in 2017.

Therefore, simple online support will not suffice because we are dealing with a sensitive type of event technology that requires a number of technological factors to be successful.

Want to transform your event with the perfect event app up-to-date with these trends? Let Hubilo assist you with the same.

Know more about it here or talk to us.

Jay Sitapara is an engineer having an inclination towards innovation in technology. Jay is a guest contributor to the official blog for Hubilo, an event-tech startup which aims to change the way how events are organised and people network at events. Jay is particularly passionate about crafting stimulating, resourceful and in-depth guides for Event Planners. He is specifically interested in effective use of event technology and social media for greater ROI through innovative thinking and skills. Jay is also a Digital Marketer, Editor, Community Manager and a regular contributor to Hubilo Blog. His philic nature is prone to dogs, poetry, coffee, friends and coffee with friends. If you're on Twitter, say Hello to him @jsitapara and follow his articles on blog.hubilo.com 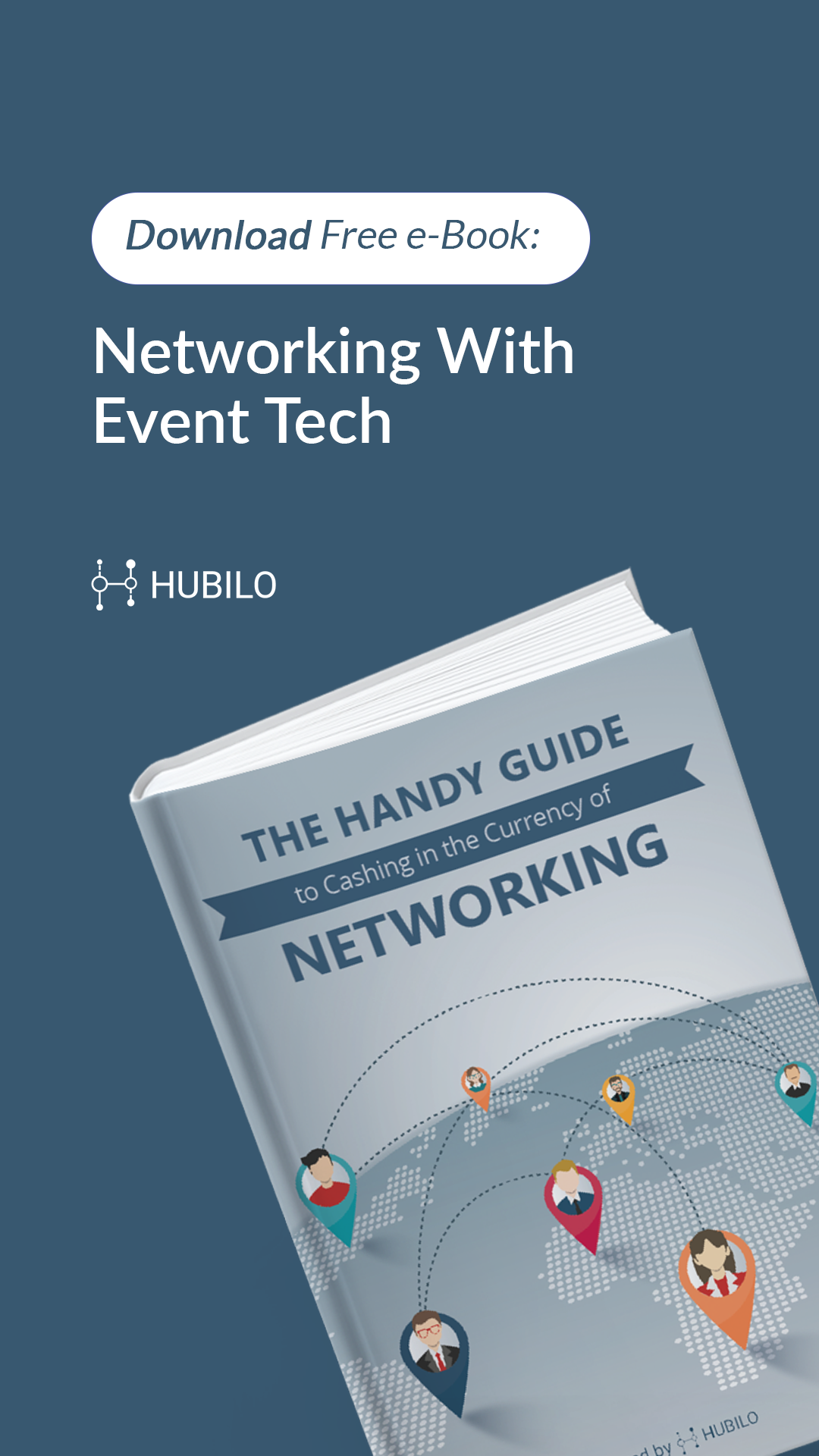 Get notified of the best deals on our WordPress themes.